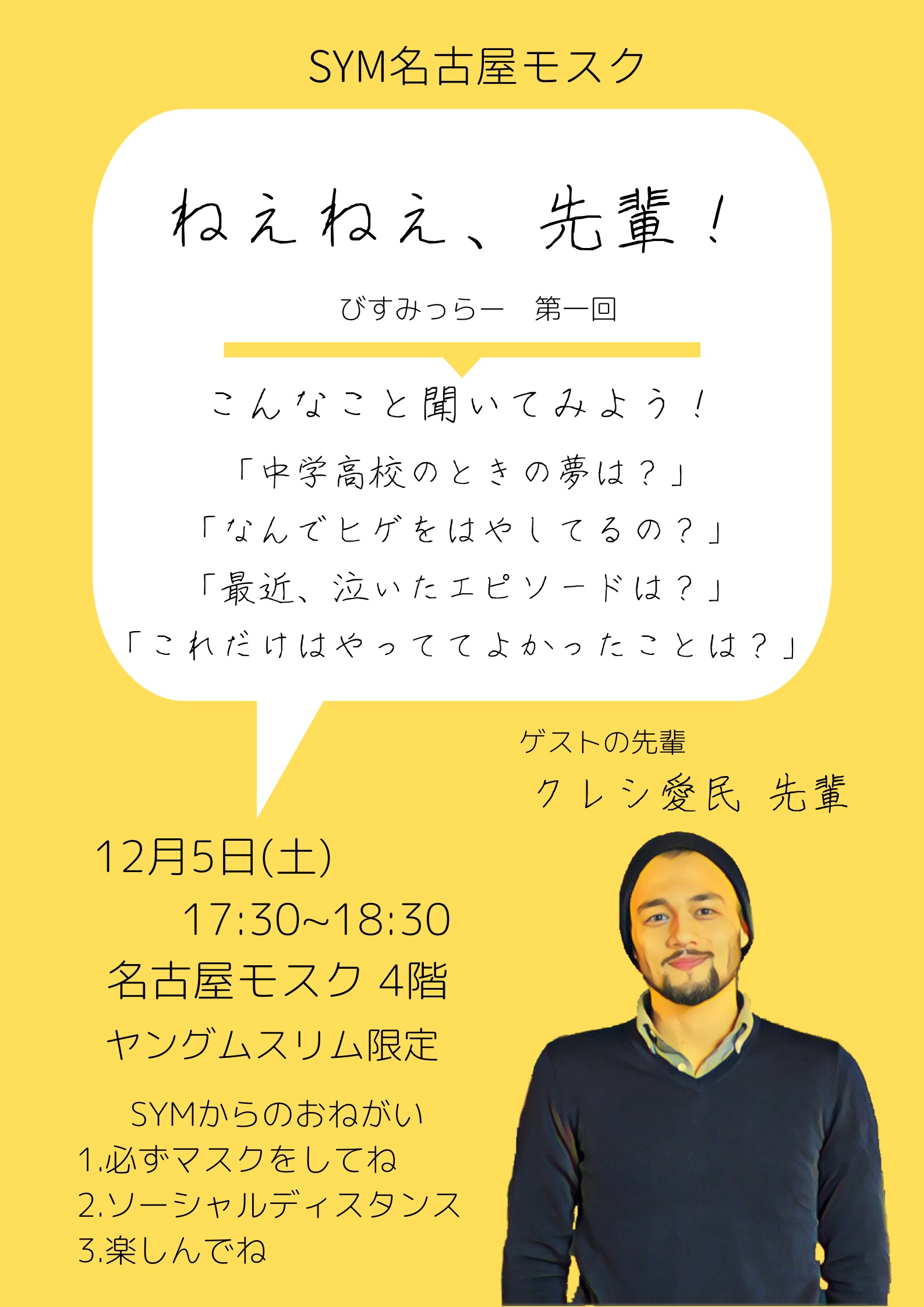 This event aims to invite slightly older Senpai Muslims and hold casual discussions with them. For the first event, Amin Qureshi, co-founder of Olive, was invited. He answered various questions posed by the youth.

Some of the conversations are described below:

Young Muslim (Y): You had different ways of living throughout the phases of your life. How did that feel like?
Senpai (S): For example, whatever was very important to me during my high-school years, was the entire world for me. However, as life progressed, I now realize the world is a much bigger place, and there are so many different things you can do. What life is to someone keeps changing as they go through different stages of life.
Maybe what’s important is to keep thinking what the best version of your life looks like. That’s no easy task to do all alone, so if you ask advice from people who are a bit older or have more experience in life, and live that best version of your life, I think you’ll be in a very good state. Focus on what you can do, and take action instead of just thinking, so you won’t end up with too many regrets. Also, it’s important to always appreciate the situation you’re in. When you are thankful for what you are given, you will be given more of that. And if you are not thankful, that blessing may be taken away from you, so we should be careful with that as well. Be thankful for your situation, and think what your next step should be by seeking advice from others. I feel that’ll lead to a good way of life.
Y: Isn’t it difficult for middle and high-school students to go and meet different people?
S: There may indeed be some difficulty. But I also think there are people out there you can definitely consult with. They should be someone you trust, ideally someone with an Islamic grounding. For some, depending on family conditions and friends, those people might be your parents and friends. There are also Japanese Muslims with Islamic knowledge that you can reach out to on social media and ask questions. Those are treasure boxes that you have to tap into.
Islam is like a river. While the river itself is clear and transparent, the water reflects the color of the land, the rocks, the stones, the soil beneath it. While Islam in of itself is clear and beautiful, it takes on the color of each land. In Japan, a Japanese Muslim way of life is slowly being actualized. The people that know what this is are the people that are able to distinguish between clear and impure water. And those are the people that are constantly studying the nature of water. Many such people that have studied for years are here in Japan as well. If you ask questions to them, they will give you a response that suits the Japanese context.
Y: What would your advice be to someone who wants to start wearing the Hijab, but is not sure when to start, and is finding it difficult to take the first step?
S:  As a man, I can’t give much advice on how and when to start wearing, but that person knows that wearing the Hijab is a beautiful act, and is struggling to wear it. If I could say one thing, I would say that even if no one knows, Allah knows she’s trying. Allah definitely sees that Jihad of hers of wanting to wear the Hijab even while finding it difficult. I think it’s important that she does what she can at the speed that she can, and keeps trying to take herself to a higher level.

Below are some comments from Young Muslims that participated.
・I think it was really beneficial, and the talk was very easy to understand. (3rd Year of Middle School, Male)
・I was relieved to know I’m not the only one worried about my future and life after graduation! (1st Year of High School, Female)
・It was an event that connected the older youth with the younger. I remember how he tackled head-on an ambiguous question like “What does it mean to live?” asked by the younger Muslims. (1st Year of University, Male)
・There were difficult topics as well but it was nice because Amin senpai explained in a way that was easy to understand. (1st Year of High School, Male)
・I was able to listen to a valuable talk from a senpai in life, and it was a very beneficial time for me. I remember how when deep questions were posed by the middle to high school aged younger Muslims, Amin responded very politely. The content of his response to those were also impressionable. I feel it was a very nice opportunity where everyone that participated was able to learn a lot. I hope there can be more opportunities like these of listening to the senpais! (1st Year of Graduate School, Female)