According to “日本イスラーム史” (nihon Islamu-shi), written by Fujio Komura, published by 日本イスラーム友好連盟 (nihon Islamu-yuko-renmei), the first ever place of worship for Muslims in Japan was in Nagoya. It is reported that this was established by a group of Muslims in Nagoya that formed a group, 名古屋回教徒団 (Nagoya kaikyo-kyoudan), in March 1931.

In 1936, they then proceed to building a 2story wooden mortar Masjid in what is now Chikusa-ku, Nagoya. However, it burns down during the WW2, and since then, Nagoya did not see a Masjid for around 50 years.
→More details can be viewed here

In the 1980s, the number of foreign born Muslims in Nagoya increases. Upon feeling the necessity of a place of worship, volunteers rented a room in an apartment making the Friday prayer possible in congregation.

Amongst these foreign Muslims, many started to get married locally with the Japanese, naturally making them consider to permanently settle in the region. Fund-raising started and a land was successfully purchased. After 50 years, a Masjid was back in Nagoya.
→More details can be viewed here

The Inauguration Ceremony of Nagoya Mosque was held in July 1998. The Imam of Masjid al-Haram from the Holy City of Mecca, as well as the Ambassador of The Kingdom of Saudi Arabia to Japan, and many others attended the event.
→More details can be viewed here

Since then, the Masjid has served as a place of worship for the five daily prayers as well as the Friday prayers as well. On Saturdays and Sundays, various gathering such as study groups and women’s gathering, take place in the Masjid. It has also become the place where Muslims within Nagoya and around can come to exchange information and seek advice on their new lives in the country.

In 2002, after Kobe and Tokyo, Nagoya Mosque became the third Masjid in Japan to be recognized by the government as an official religious organization. The Masjid has since been striving to support the foreign born Muslims as well as the growing population of Japanese Muslims.

For the many non-Muslim people interested in learning about Islam, we are also active in supporting them understand it correctly.
→More details can be viewed here 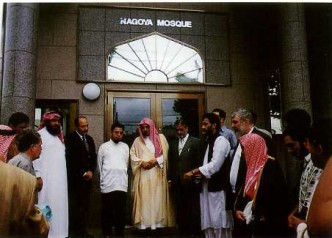 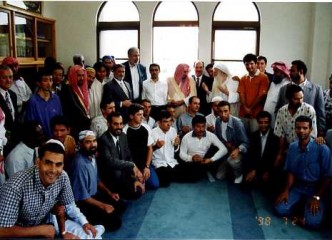